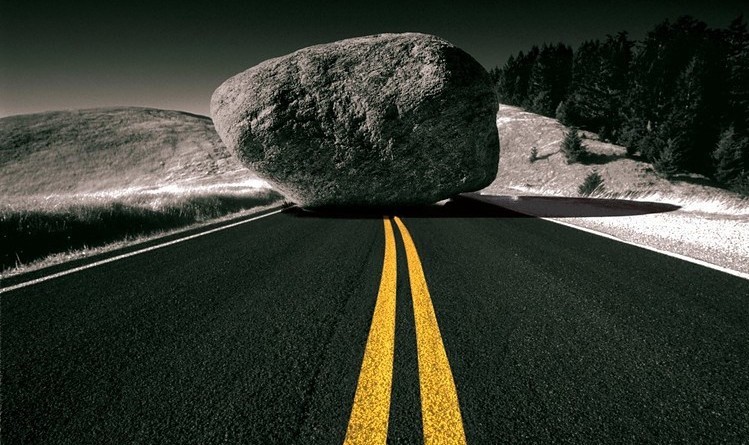 I stepped on a scale the other day and immediately jumped off, as if I’d stepped on hot coals. I shook my head, took a breath and stepped on once again, certain the first number was a mistake. It was. This time the scale actually rose by another pound. Holy crap! The number glaring back at me between my big toes was sad proof that my recent attempts to eat healthier and exercise regularly had been clearly half-hearted. Despite my desire and envisioned success, I’d repeatedly sabotaged myself with victory-limiting beliefs and behaviors that blocked my goal like a tower of pizza boxes.

We’ve all experienced success and failure. While we prefer (and enjoy) success, we often make it more difficult to achieve by blocking our own way. Success, believe it or not, is actually quite simple, though not necessarily easy. To attain it, we must first avoid the mistakes and mindsets that can lead to failure. Use the following as a checklist and guide sheet to see the areas for your own development and ways to create stepping-stones to new levels of achievement.

A DREAM BUT NO GOAL

Dreams and ambitions are not goals, although we sometimes confuse the two. A dream is lofty, fantastic, expansive, and general, whereas a goal is clear, specific, distinct, and focused. Successful people have big, wonderful, inspiring dreams, but they don’t stop there. They identify clear, sizable goals and review them regularly to avoid feeling overwhelmed. Develop achievable goals by determining the steps you need to immediately take and the knowledge you need to make your dream a reality.

A GOAL BUT NO PLAN

Establishing goals is a key part of a success strategy, but it’s not the only component. Don’t proceed by default. If you have a target, then carefully plan an aim strategy to help you hit the bulls-eye. By formulating bite-sized steps with timelines for each goal, you move forward being proactive and focused rather than reactive, overwhelmed, and stressed.

A RICH DREAM BUT POOR HABITS

Regardless of your definition of success, there are habits that can help ensure its achievement and others that create barriers. Consider a current goal you’ve defined for yourself and determine the daily habits you need to implement to guarantee success. Are you currently developing those habits? If not, limiting beliefs or personal fears could keep you from committing to those behaviors. The “little things,” undertaken over a long period of time, can mean the difference between success and failure.

DEDICATION BUT NO CONSISTENCY

Exacerbating poor habits is inconsistency. Champions are consistent to the extreme. And while most of us may bristle at having every moment of our lives planned, we would be wise to adopt a champion mindset: Be rigorous, unrelenting, and consistent in devoting part of each day to meeting goals. Also, don’t think of it as an all or nothing endeavor—small, smart steps are truly the quickest path to success.

BUSY BUT NOT PRODUCTIVE

It’s easy to mistake busyness for productivity in our digitally transformed world of instant gratification. The Pareto Principle asserts that roughly 80 percent of the effects come from 20 percent of the causes. Put simply: If you’re unfocused, uncertain and unsettled when working on goals, you’re too busy to be productive. Most people gravitate toward easier, more comfortable activities that provide a limited return on their time. Choose the activities that have the greatest effect.

The pitfalls above are just the start of the journey, ones driven and determined by foundational beliefs. Digging into your core beliefs to truly understand them will provide you with perspective for removing the roadblocks and reaching success.

I prefer to avoid discomfort. Comfort is only found in repetition, and repeating past behaviors is a roadblock. Progress requires new behaviors, which are inherently uncomfortable on some level.  Recognize and embrace discomfort by taking comfort in the fact that it’s temporary.

Success is the opposite of failure.The opposite of failure is inertia. The most successful people are those that fail the most. A first attempt at anything is merely a starting point. Accept  failure as a small stumble that will eventually help guide you to making necessary improvements for the next attempt.

Everything is within my control. Take your eyes off control so you can focus on management. Don’t be preoccupied with things that can’t be changed or controlled; learn to let go and focus on what can be altered and managed to positive outcomes.

Success can be elusive, but it’s much easier to harness when you can avoid dormant and destructive beliefs and behaviors. Keep in mind that success won’t happen overnight (progress, not perfection), create a few goals and then create habits that support those goals. Find healthy ways to deal with discomfort and learn from your mistakes.

Success really can be that simple.